RONCAGLIA is a small village just out of Pesaro along Italy’s Adriatic coast. The surrounding hills, bordering the San Bartolo Natural Park, have always been considered the most suitable for cultivation of Albanella, the local variety traditionally used for the white wine of the town.

With Albanella grapes and a small addition of white vinification of Pinot Noir, Fattoria Mancini has produced a wine called Roncaglia from the early seventies. In 1994, after more than twenty years of production, this wine has been recognised as the D.O.C. Colli Pesaresi Roncaglia.

To respect the distinctive characteristics of Albanella, Roncaglia is vinified in stainless steel. It is a wine of good structure and great longevity, with refreshing aromas and  avour, appealing citrus notes and a typical minerality accentuated by the vineyards close proximity to the sea. 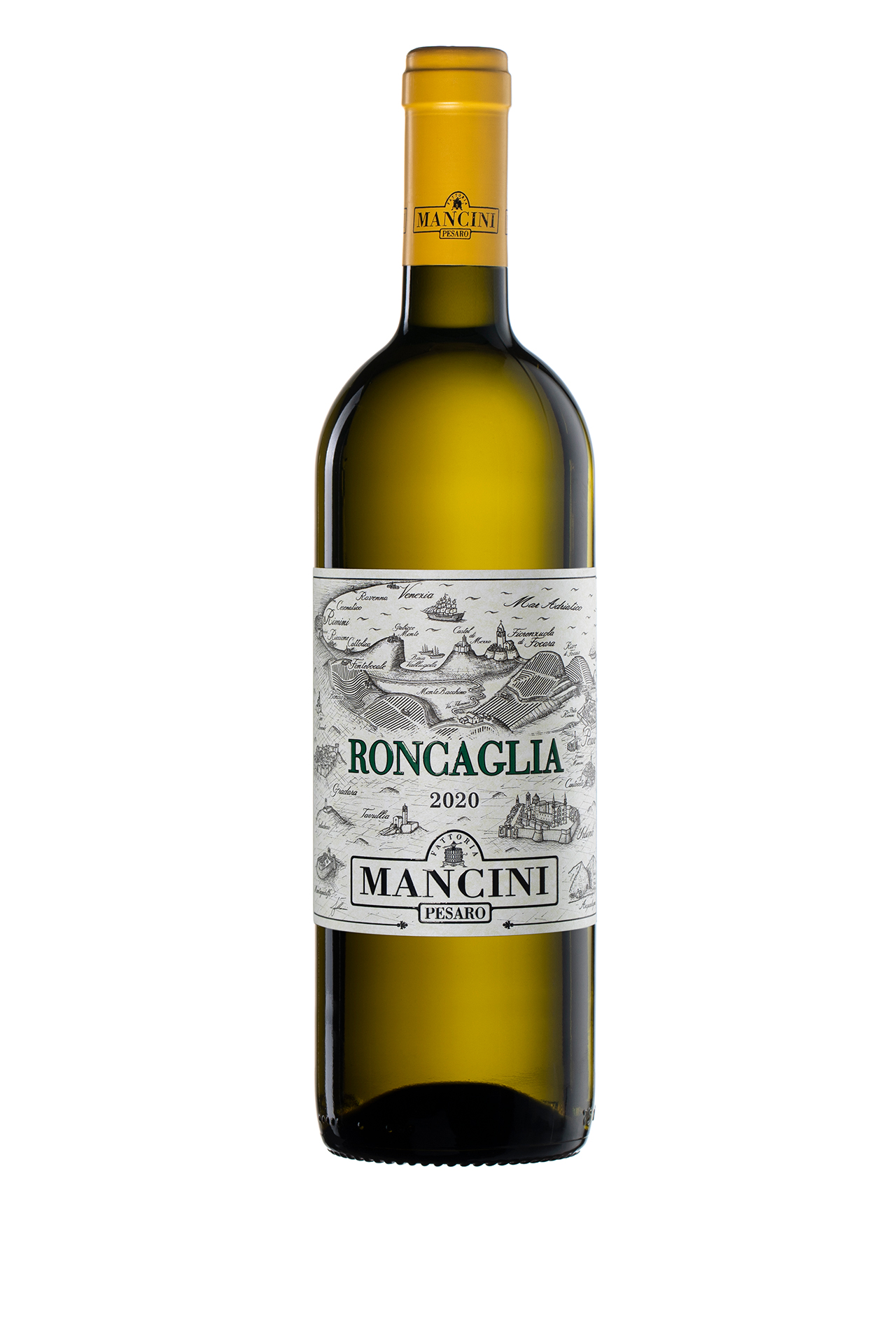